In addition to tours and educational programs, throughout the wine-producing year a series of events are held with two focuses: wine and the museum.

With a focus on wine

Throughout the year wine-tasting seminars are conducted in a small circle of the estate’s oenologists with various themes. For example: seminar for beginners, on glasses and participating in the pleasure of wine, on combining wine and food, getting acquainted with wine through games (by registration only in order of priority)

Each year, the estate takes part in the celebration of the European Day of Wine Tourism, while the biggest annual celebration of wine is “Open Doors”, two days open to the public, with events for children and adults. During recent years, more than 2,000 people have been hosted in the course of this weekend at the vineyard and winery.

In parallel, Ktima Gerovassiliou is a founding member of “Winemakers of North Greece” and an active participant in the activities of “Wine Roads of North Greece”. This is an innovative tourist and cultural program developed through the joint action of Northern Greek wine producers. 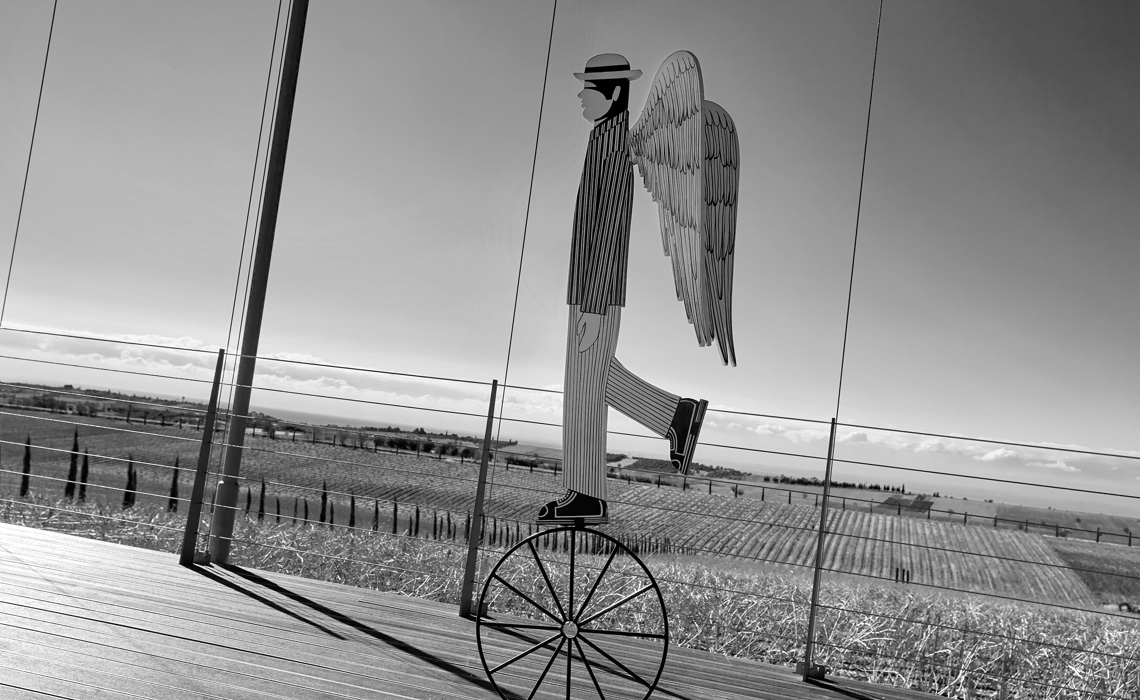 With a focus on the museum

The Wine Museum has made it possible for the estate to present to people its philosophy in the best possible way: wine is a multi-dimensional product. Its cultural dimension starts from the way the vine is cultivated and continues to the way in which it is consumed at the table. Thus, invited speakers from various fields come to the museum to speak about subjects which often have no relation to wine, but rather to theater, history, poetry, the sciences and many other topics.

In addition, the museum takes part in the celebration of the International Museum Day on 18 May with extended working hours. The day comes to a close with a music or a theatrical production.

On occasion, periodic exhibitions of photographs and musical organs, screenings, and musical and theatrical presentations have been hosted. All these museum events are free to the public.

The public receives information about all the estate and museum’s events, both regular and one-off, via email press releases, its website, and social media. The estate’s YouTube channel makes available scheduled lectures.

In the field of cultural activities, the estate both supports publications and issues its own involving the vine and wine, the main goal being to participate in the collection, safeguarding, and dissemination of information and images of the history, traditions, and art of viticulture.

By word of mouth (in Greek)

An annual series by Ktima Gerovassiliou devoted to Epanomi, presented at “Open Doors”. To date, the following have been published in greek:

Wine narrates-Vines in bloom (in Greek)

The Proceedings from a scholarly conference on viticulture and wine, and on archaeological finds in the greater Epanomi area held at the estate.

Wine gladdens the heart of man, Vasilis Gougousis (in Greek)

Butter bunny and his grape must cookies, Dimitris Baslam (in Greek)

The estate’s desire to enrich school visits became a reality thanks to the sensitivity and willingness of the creative musician and author Dimitris Baslam, who describes in an imaginative fashion wine’s journey from vine to bottle through the adventures of a hare and his friends. The tale is brought to life by Viktor Moschopoulos’ beautiful illustrations. Later, the fairytale was also made into an animated film, directed by George Nikopoulos. The film has been presented in many international film and animation festivals. Watch it in YouTube (in Greek).

With red or white, bottles of an uncommon collection (in Greek)

An album on the exhibition held at the Macedonian Museum of Contemporary Art in which wine bottles decorated by Greek and foreign artists were presented.

Symposium and the symposiac ritual in ancient Athens, Michalis Tiverios

Inspired by the Symposium section of the Gerovassiliou Wine Museum, we asked Michalis Tiverios, academic and emeritus professor at Aristotle University of Thessaloniki, to write a book on the subject. The idea was born a few years back when we invited him to give a related lecture for our museum. The book deals with the ancient symposium, one of the greatest social customs of ancient Greek culture. Texts are accompanied by rich educational material, which creates immediacy to readers.

A Krater Full of Good Cheer, a four-language edition by Stavroula Kourakou-Dragona

Excavations in the area of Epanomi, Thessaloniki: The Cemetery at Limori and the Basilica at Byadoudi), Professor Theocharis Pazaras (in Greek)